Everyone knows the best part of a crisp is the sugary topping that people can’t seem to stop picking at. Over the years, a gluten-free crumble topping (that doesn’t have the texture of dust) has been hard to find. When we stumbled upon this recipe, we knew we had found a winner! This topping not only tastes like a “normal” crisp, but many have said it’s actually better than the white-sugar refined-flour crisp they’re used to. After many trials and errors, we believe this berry crisp to be one of our biggest crowd pleasers, and better yet- it’s healthy enough to eat for breakfast.

P.s- we think it tastes EQUALLY as good cold! 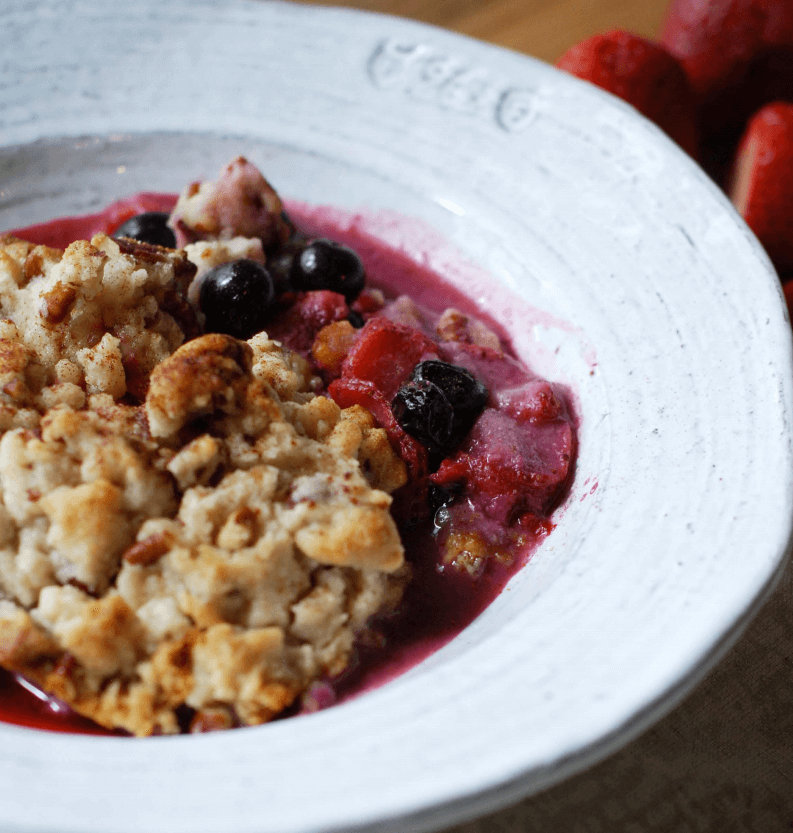 Feel free to switch around the fruits. We've tried raspberries, strawberries, apples, blackberries, blueberries and rhubarb- they all work equally as well!

We are a botanical apothecary, skincare boutique, and organic spa that celebrates everything that is natural and pure. Our shelves are stocked with beautiful toners, creams and serums, as well as dried herbs, essential oils, botanical butters and clays. At every turn, we seek to elegantly balance the efficacy of Science with the nourishment and art of Nature.